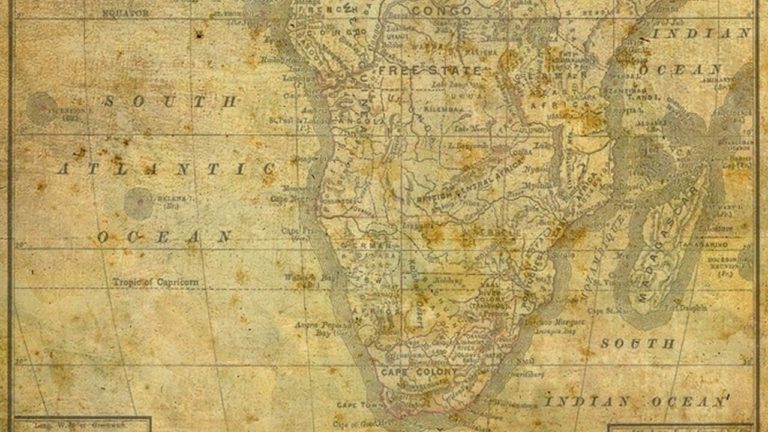 and already in 1979 there is a review from the New York Times, by John Tessitore[1], that sees this connection. In his article he writes that Coppola had read Frazer, and indeed one could argue that the shot with The Golden Bough and Weston’s From Ritual to Romance in Kurtz’s dwelling is not random. But let us go further. In his influent book, Frazer explains how in ancient times the divine-king was killed as soon as he started to get weak, since people believed that

their safety and even that of the world is bound up with the life of one of these god-men or human incarnations of the divinity. Naturally, therefore, they take the outmost care of his life, out of a regard for their own. But no amount of care and precaution will prevent the man-god from growing old and feeble and at last dying. […] The danger is a formidable one; for if the course of nature is dependent on the man-god’s life, what catastrophes may not be expected from the gradual enfeeblement of his powers and their final extinction in death?[2]

Thus, the only possible solution is to kill the king in order to preserve his soul in a healthy status and to pass the power to a younger leader[3]. The situation in the movie is not very different: Kurtz is ill (as in HoD), the photojournalist thinks he is dying and Willard senses that Kurtz himself wants to die, maybe by his hand. Indeed, the Colonel almost seems to want to abdicate to Willard, as the photojournalist suggests: “He likes you, he really likes you. He’s got something in mind for you. […] He’s got plans for you.”

It is interesting to see how in Orson Welles’ script we have a similar situation, with Kurtz himself that tells Marlow: “I had plans for you”[4]. Moreover, his propensity to abdication looks more explicit when he repeatedly shouts to De Tirpitz[5] to sit on the throne. A throne that belongs, as Marlow says, to a leader “who pretends to be a God” and that follows his own law, thus reinforcing the idea that Kurtz is a hubris-driven character. However, it seems that Kurtz lets him do it, probably, as in Orson Welles, willing to abdicate to a younger leader, who in the end could be a link to the past, failed aspirations:

When the absolute power is not able to achieve its ends, the shadow of revocation falls on its undertaking; to save, from the catastrophe of its breaking off, at least those who remained or became suited to the original aim is then only a coming to terms with the failure.[6]

What happens if we briefly focus on science fiction?

The first part of this last paragraph is focused on some works of a genre that apparently has little to do with Conrad’s novella and especially with its historical background. Nevertheless, as we have seen, the myth of HoD seems to be detaching from the historical setting, yet maintaining some elements. The first work taken into exam is the short story A Question of Re-entry[7] by J. G. Ballard, which has the same basic plot of HoD, with an expedition upriver in order to find something and someone: in this case a lost lunar spacecraft and its pilot, with the help of a white man (Ryker) become a leader of an Amazon tribe.

It is interesting to notice how Connolly wonders about Ryker[8], as Willard and Marlow do concerning their Kurtz. Moreover, at one point Ryker is called “Rajah”[9], reminding of the Rajah Brooke, and thus of an individual with aspirations for power; indeed, he manages to subjugate the natives[10]. As already said, here there is not a colonial setting, but Conrad’s attempt to convey a choral narration with characters from different nations may be reprised by Ballard with the usage of Connolly himself, who is a lieutenant of the United Nations. One of the elements that make us think to HoD is the trip upriver, and Ballard’s descriptions[11] seems to owe something to Conrad’s impressionism, something that might be sensed also in The Day of Creation[12].

The second work taken into exam is Annihilation by Jeff VanderMeer, a novel that has also been transposed into a movie by Alex Garland. Here, links to HoD may be more feeble, but it is noteworthy that reviews around the web[13] see a connection, thus suggesting that there is something that links the two together (or three if we consider the movie). At the very beginning of VanderMeer’s novel we are told that the expedition to the Area X is held by “a biologist, an anthropologist, a surveyor, and a psychologist”[14]. No names, as in HoD (apart from Marlow and Kurtz) there are only roles: the captain, the chief accountant, the general manager… Something that might also remind us of Wells’ The Time Machine, where there are the Time Traveller, the Medical Man, the Psychologist, the Provincial Mayor and the Editor.

with its mysterious atmosphere and suspense that makes the reader wonder what the group will find at its centre. Like the characters, we do not exactly know what there is inside the Area and the environment around suddenly looks strange, almost unknown[15]. Even if it has a kind of charm, a charm about change: “The effect of this cannot be understood without being there. The beauty of it cannot be understood, either, and when you see beauty in desolation it changes something inside you. Desolation tries to colonize you.”[16].

Moreover, at one point we read a passage with a dying character that may remind us something like “the horror! the horror!”: “’Annihilation!’ she shrieked at me, flailing in confusion. ‘Annihilation! Annihilation!’ the word seemed more meaningless the more she repeated it, like the cry of a bird with a broken wing.”[17] Yet, instead of a Kurtz, they are looking for something that is not even human, they are looking for something alien. In all the versions that we have seen, it is Kurtz that goes native, but, interestingly, here it is the alien form that tries to go human, and in the movie this is portrayed in a very charming way. This inversion might suggest that even if we can recognise some details, some mythèmes, the story has become very different from the original version, it is almost unrecognisable, as if we are facing a final version that cannot be surpassed:

the limit concept of work on myth would be to bring myth to an end, to venture the most extreme deformation, which only just allows or almost no longer allows the original figure to be recognized. For the theory of reception this would be the fiction of a final myth, that is, of a myth that fully exploits, and exhausts, the form.[18]

However, it is hard to say if there is an actual final version of a myth, since, as Blumenberg suggests, there is always something to say[19], moreover, HoD is relatively young, and it is likely that we are still in the process or reception of an eventual myth that can be interpreted again. Thus we cannot, “as ‘workers on’ myth, accept one actual myth as truly ‘final’ and insurpassable [sic].”[20] For instance, the movie Ad Astra (which is not in theatres yet) may be another contribution to the myth, at least according to director James Gray[21], but to see if it is true we have to wait.

Now, let us turn back again to the classics for a moment

So far we have talked only about the features, the details of the myth, we should consider trying to talk about the myth as a whole, as a unity. Cassirer argues that, in a mythical sense, if a multiplicity of elements comes into contact it may form a kind of relation where the elements themselves become something more than their sum: they become the same thing and a unity[22]. Hence, there is HoD, who was quoted by no less than Eliot in The Waste Land and in The Four Quartets. Apocalypse Now is inspired by the novella, as we know, but there is also Eliot: the photojournalist quotes from Prufrock as soon as he meets Willard, and later on both him and Kurtz quote from The Four Quartets.

As we have already seen, Coppola’s movie is also inspired by Frazer, and so is Eliot in The Waste Land (together with From Ritual to Romance by Weston), thus it is very interesting to see that in a frame of the movie, during the last part, we are shown that inside Kurtz’s habitation there are The Golden Bough and From Ritual to Romance. If we want to consider HoD a myth, we should follow Cassirer’s theory and see all those elements as forming a unity, because there is indeed a connection between them, as if the source inspires all them but at the same time they are inspired by each other, regardless of time and space:

Hence the relations which it [myth] postulates are not logical relations in which those things which enter into them are at once differentiated and linked; they are a kind of glue which can somehow fasten the most dissimilar things together. […] [M]ythical thinking makes no sharp dividing line between the whole and its parts, how the part not only stands for the whole but positively is the whole. […] [M]ythical thinking knows only the principle of the equivalence of the part with the whole[23].

As already seen, it is hard to say with certainty that HoD is a myth

both because it is too “young” and, consequently, because it is very likely that we are still living a process in which this novella is becoming a myth. A process that it is not over yet. However, the fact that we recognise a process and that we talk about HoD in these terms is not something to underestimate. We have seen how myth can have poetical contributors and how even the most famous myths passed through a process thanks to which they acquired the forms that made them what they are. I have seen how the adaptations of the novella seems to detach from the original historical setting, maintaining just some elements and of course the basic plot. This is important: in Welles’ script there are references to Hitler, Apocalypse Now (1979) is set during the Vietnam war, A Question of Re-Entry (1964) by Ballard is about space travelling, Annihilation (2004) by VanderMeer about alien forms and secret missions…

It seems that the “contributors” set the myth in a context that is closer to them. We should take science-fiction under control, because it seems that is a fertile field for this kind of myth. The Order/Chaos scheme probably works, so far, only with the actual and conscious adaptations of the novella, but it is important to notice that even if the historical setting is different the dichotomy is kept, and this probably is a core of the myth, a core that stays there even if the details around change. The core obviously comes from the original work, but we have to notice that some of the works analysed are yes influenced by it, but they also influence each other, thus creating a web in which the elements become a whole that in the future may include other elements that will give their poetical contribution to the myth. 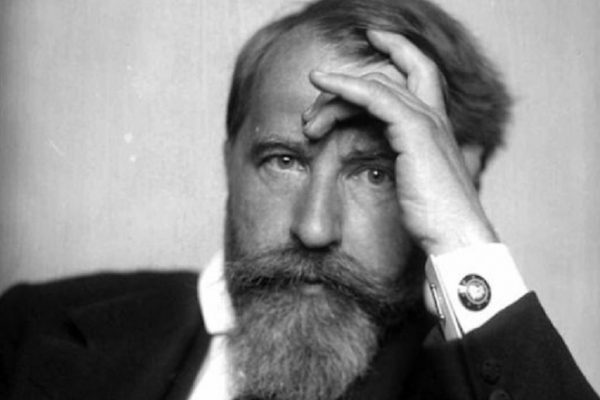 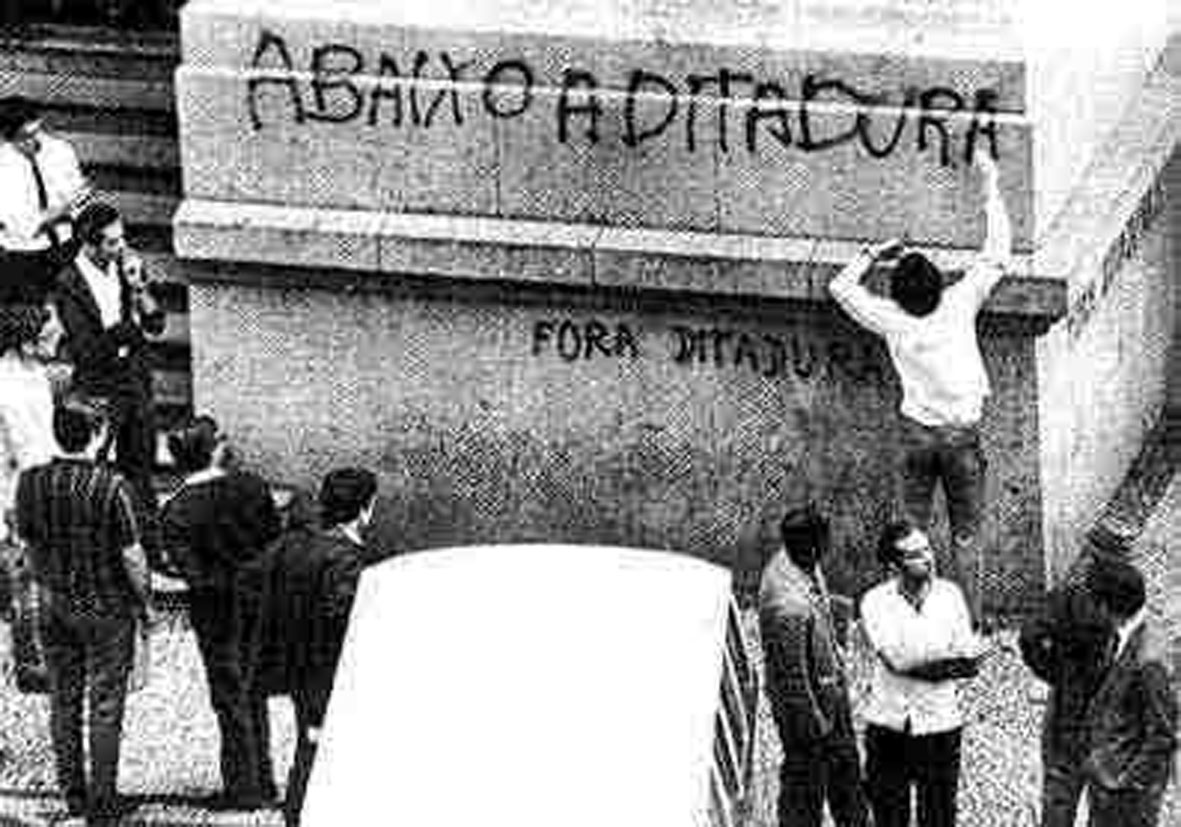 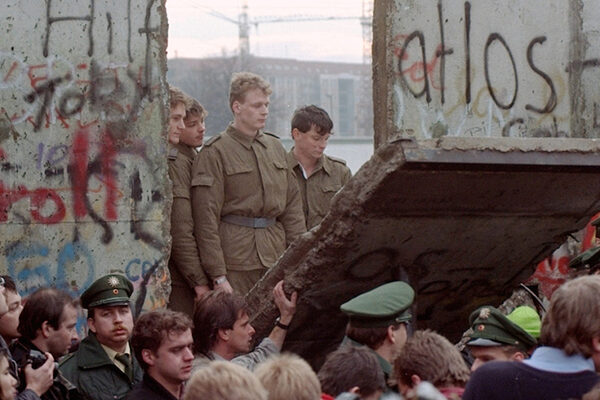 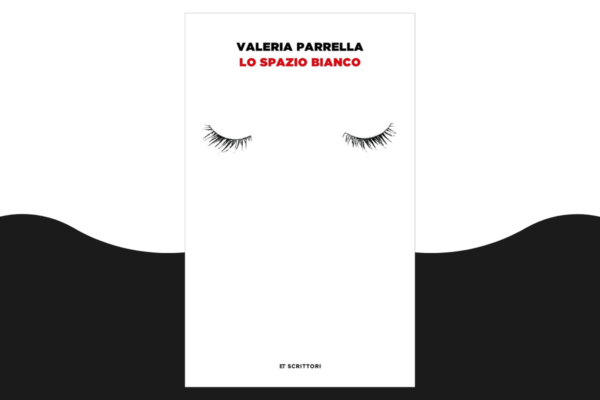