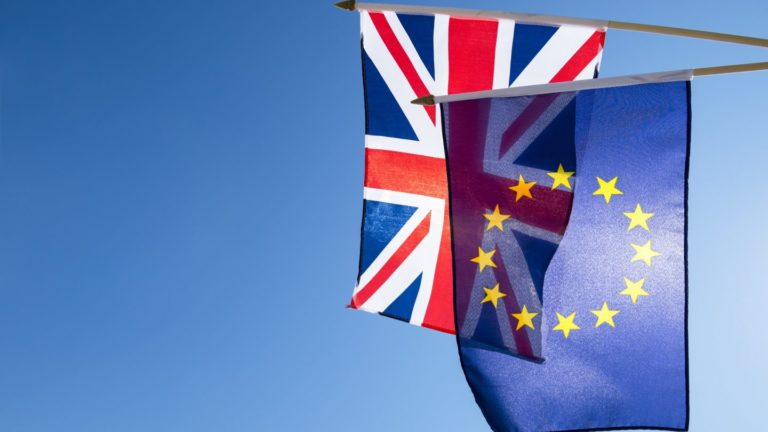 English is the third most spoken language in the world, after Spanish and Chinese

It is the most learned second language and it is the official language in Commonwealth of Nations, Association of Southeast Asian Nations, in European Union, African Union and others. English has become lingua franca used among EU citizens and even though UK in 2016 voted for exit from Europe, probably the status of English language will not change.

The English language is spoken as a first and second language by millions of people, and it is used as lingua franca in several contexts. The term lingua franca shows a very complex phenomenon. According to the Online Etymology Dictionary: the term lingua franca traces its origin in the 1620s, from Italian, literally Frankish tongue. A stripped-down Italian peppered with Spanish, French, Greek, Arabic, and Turkish words, it began as a form of communication in the Levant. The name probably is from the Arabic custom, dating back to the Crusades, of calling all Europeans Franks.

Generally, lingua franca is designated as a language used to allow people communicate to each other, when they do not share the same native language. Throughout the centuries, there have been several lingua francas, or linguae francae, for instance: Latin in the Roman Empire and Afrikaans during the Apartheid. In more recent periods, English has assumed the role of lingua franca in Europe. When English is chosen as a mean of communication between people who do not share the same L1, it may be more proper to talk about English as a Lingua Franca (henceforth ELF).

As Modiano (2017) explains, now English is a second language used by the citizens of EU, when speakers do not share a common L1, moreover it is spoken as L2 by 38% of the European population. According to David Crystal (2013), English became a lingua franca for several reasons: because of the power of British Empire and British Imperialism; because of Industrial Revolution in 17th century, when the language of science and technology became the English; in 19th century the language of international banking became the pound and the dollar, and the emergence of the United States as a world power made English develop worldwide. In 20th century the globalisation, the international advertising, the air traffic control, the development of radio, TV and the internet contributed to make English a global language and using it as a lingua franca. Moreover, in a globalised world, there is an urgent need for a common language to communicate and overcome interlingual and intercultural barriers (Smokotin, Alekseyenko & Petrova, 2014).

The role of English language as lingua franca is linked to a recent political event, which probably sees the exit of United Kingdom from the European Union.

In fact, in June 2016 a referendum has been held in UK in which the British had to vote for leaving or remaining in European Union; 51.9 % of electors voted for leave the EU. In 2017 the British government triggered the article 50 and the treaty to leave the EU, followed by two-years of negotiation period. Hitherto, British government has not reached an agreement. United Kingdom’s exit from the European Union may have several consequences on economic, financial, import and export field both for EU and for UK itself. Moreover, Brexit may affect the status of English as a lingua franca in EU. The latter is an issue which is still vexed.

In fact, according to Modiano (2017), the exit of United Kingdom may affect the status of ELF and may give birth of a European English or Euro-English. Euro-English is variety of English used by Europeans in Europe, which is not based on an Inner Circle variety, but it is influenced both by standard English and by speaker’s native tongues, whose first language is not English. Euro-English differs from the standard British English for different features; in grammar and in pronunciation (Modiano, 2017).

In addition, there are two attitudes towards the Euro-English: positive and negative. The first ones perceive the Euro-English as an emerging variety of English, whose characteristics are getting more and more systematic, and it is used as a means of communication. Jenkins (2017) agrees with Modiano on the fact that: English will serve as a primary working language in EU and the kind of English used in EU is likely to withdraw from the standard English.

Jenkins debates Modiano’s orientation towards Euro-English, which, according to him is a variety of standard English; Jenkins (2017) explains that Modiano ignores the multilingualism of its users, in fact she suggested that defining English as a multilingua franca may be proper, because according to Jenkins (2017) “English is available as a contact language of choice, but it is not necessary chosen”. The negative attitudes are embodied by those who Modiano calls purists and have a negative approach to Euro-English, because they support standard language.

If United Kingdom leaves EU, English presumably is not going to change its status of lingua franca

According to David Crystal (2013), if UK will leave or remain in EU, it does not supply a significant change in the language used in communication in Europe, if one considers the Europe as a geographical area, rather than a political and economic international organization. He states that, English will be a lingua franca as long as certain thinks happen: first of all, nations need a common and global language for international communications.

Second, Crystal points out that the most powerful nations in Europe, but above all in the world, continue to use English, so other nations have to use English to interact with them. Third, English is at the basis of globalisation, it means that English is used as lingua franca not only in Europe, but also all over the world; it shows that the ELF is a worldwide phenomenon which is neither subjected to, nor determined by the UK permanence in Europe. Moreover, what contributes to strengthen the status of English as a lingua franca is the fact that English is the most-studied foreign language across almost all European countries, at all education levels and all academic publications are written and published in English.

In addition, Crystal (2017) agrees with Modiano’s approach: Brexit may help the development of Euro-English, but he talks about new Englishes, such as French English, Chinese English, Italian English and so on. Moreover, Crystal raises an important issue: on one hand English as a lingua franca is not culturally identifiable with any place, because it is a mixture of everything. On the other hand, new Englishes express a local identity, which conflicts with the need to communicate between nations.

First, the exit of such a powerful nation, like UK, may weaken the status of English as lingua franca, because English will be official language only in two states members of EU: Malta and Ireland, so it will be spoken by lees than 1% of European’s population. As result, it may provoke the development of English varieties, which differ from the standard English, because there will be a lack of English native speakers and probably in EU no one will defend the integrity of British English. Kachru (Modiano, 2017) proposed that the Third World varieties of English, for instance Indian English, should be appreciated and encouraged, instead of supporting Inner Circle varieties. Kachru underlines that Third World varieties risk being perceived and considered as inferior, but they have the same value as other English varieties.

As Kachru, Phillipson argues that all languages and varieties must have the same status.

Second, after Brexit, anti-English sentiments may rise, which hinder the use of English as language for international communication above all in European institutions. Bolton and Davis (2017) show that English is likely to lose importance as lingua franca after Brexit vote in favour of French and German. For this reason, those who encourage anti-English sentiments are sceptical about the status of English as lingua franca in EU after Brexit.

As Modiano (2017) points out, these anti-English sentiments show both a desire to guarantee a more important role for one language, for instance French and German, and at the same time a support for the British exit from the Union. A third scenario may imply the loss of the English linguistic sovereignty and the emergence of more than one official language above all in international communication. In this regard, Phillipson (2017) claims that not only might English, French and German be working languages, but also all 24 European languages have the same right to be working and official languages and used as lingua franca.

In conclusion, linguistic changes are very slowly and complex processes.

This paper’s aim is to illustrate that presumably the role of English will remain unaffected after Brexit. Moreover, it is important to reflect on the fact that, language change is a variation over time, and it is hard to make reliable predictions about language developments both in short term and in long term. 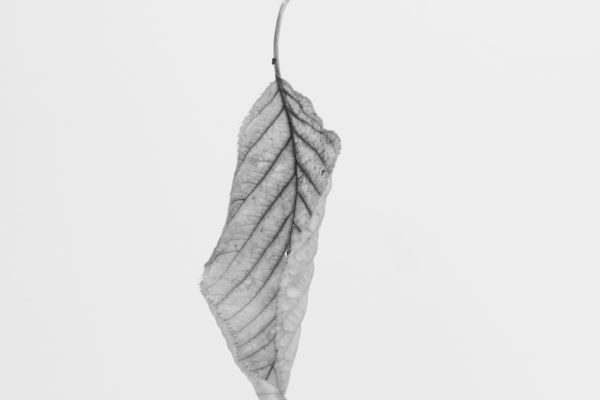 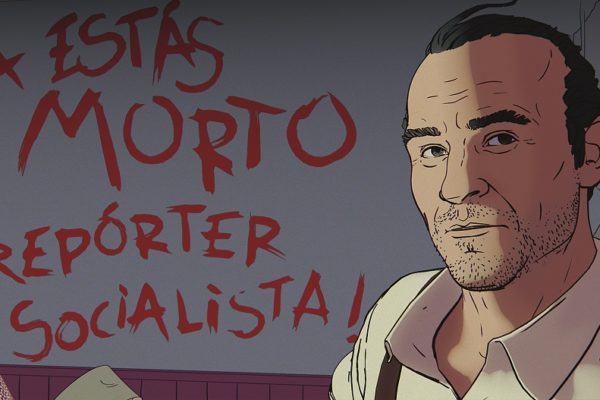 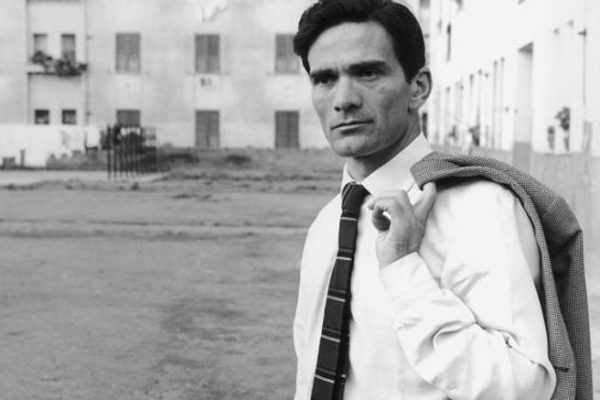 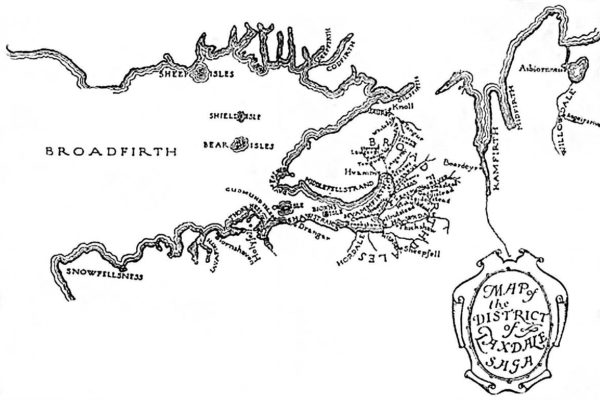