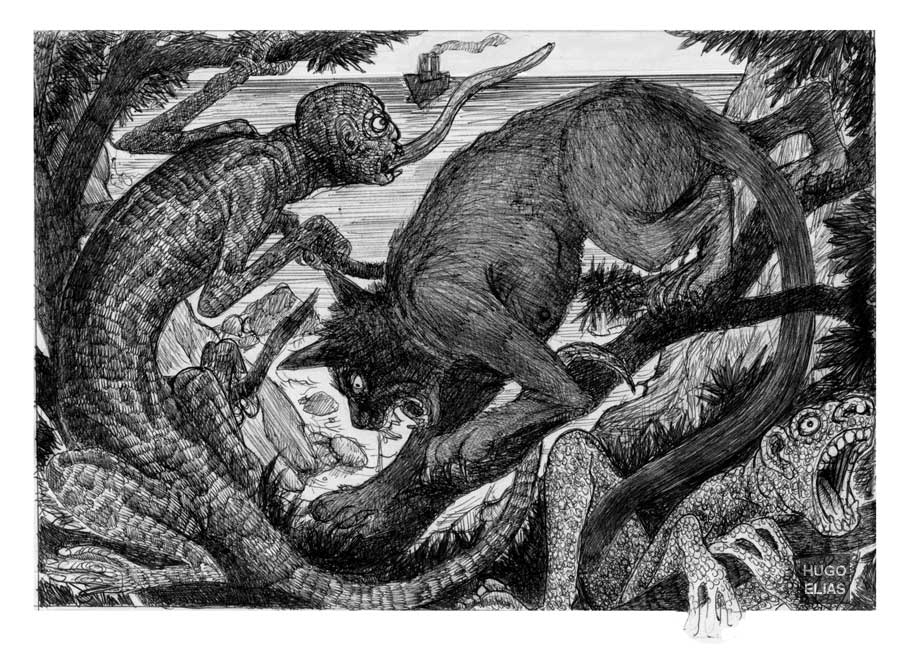 So it is not a coincidence that the Beast Folk are taught to talk, count and think like men, as Wells states that man’s power resides in speech and thought. Speech is so easy to learn and allow us the enter the etiquette of the civilised world and its laws. It allows us to suppress our instincts. Here lies the key to Wells’ vision of human evolution. Man never evolved, but only worked better arts and crafts through words and writings. But, if speech is abandoned, so is reason: this marks the beginning of man’s regression process. But what if a man could see the results of such regression and then carry on with their life? Wells himself asks the question and provides his answer in the final part of the book. After a series of events and ponderations upon the Beast Folk’s destiny, one of the beasts breaks free from the ‘House of Pain’, the place where the vivisections took place. The Doctor starts the chase, only to die along with it during the fight. This causes the ultimate fracture, the end of this miniature society, as we see Prendick evading any contact with the Beast Folk as much as possible and instil in them the fear of the Law.

‘Children of the Law,’ I said, ‘he is not dead!’M’ling turned his sharp eyes on me. ‘He has changed his shape; he has changed his body,’ I went on. ‘For a time you will not see him. He is – there,’ I pointed upward, ‘where he can watch you. You cannot see him, but he can see you. Fear the Law!’[1]

Montgomery, on the other hand, loses his mind as the last of human rationality died along with the Doctor. We could say that he is the very first individual to revert in the novel.  It is stated many times in the book that Montgomery himself had sympathies for the Beast Folk, one hint of that is the fact that he carried M’ling along with him all the time. The reason for his affection to the beasts is tied to his previous life in the city, where he had been bullied and treated as an outcast.

Montgomery and I went into my little room and seriously discussed our positions for the first time. It was then near midnight. He was almost sober, but greatly disturbed in his mind. He had been strangely under the influence of Moreau’s personality: I do not think it had ever occurred to him that Moreau could die. This disaster was the sudden collapse of the habits that had become part of his nature in the ten or more monotonous years he had spent on the island. He talked vaguely, answered my questions crookedly, wandered into general questions. ‘This silly ass of a world,’ he said; ‘what a muddle it all is! I haven’t had any life. I wonder when it’s going to begin. Sixteen years being bullied by nurses and schoolmasters at their own sweet will; five in London grinding hard at medicine, bad food, shabby lodgings, shabby clothes, shabby vice, a blunder – I didn’t know any better – and hustled off to this beastly island. Ten years here! What’s it all for, Prendick? Are we bubbles blown by a baby?’ […] What’s the good of getting away? I’m an outcast. Where am I to join on? […] ‘I’m damned!’ said he, staggering to his feet and clutching the brandy bottle .By some flash of intuition I knew what it was he intended. ‘You don’t give drink to that beast!’ I said, rising and facing him. ’Beast!’ said he. ‘You’re the beast. He takes his liquor like a Christian. Come out of the way, Prendick!’ ‘For God’s sake,’ said I. ‘Get – out of the way!’ he roared, and suddenly whipped out his revolver. ‘Very well,’ said I, and stood aside, half-minded to fall upon him as he put his hand upon the latch, but deterred by the thought of my useless arm. ‘You’ve made a beast of yourself – to the beasts you may go.’[2]

Montgomery then offers liquor to the Beast Folk, giving them the final teaching about being men: falling into vices and temptations. Montgomery won’t live to see the next day as he is killed by the beasts during the night, the period where their bestial instincts re-awake. Prendick finds himself isolated, surrounded by the Beast Folk, one arm broken and no way of escape, since Montgomery, in his folly, destroyed every ship available on the island. His only way to survive is to keep the beasts educated to the ways of the Law. To keep them ‘evolved’ as long as he could.

And there I sat, chin on knees, the sun beating down upon my head and unspeakable dread in my mind, plotting how I could live on against the hour of my rescue (if ever rescue came). I tried to review the whole situation as calmly as I could, but it was difficult to clear the things of emotion. I began turning over in my mind the reason of Montgomery’s despair. ‘They will change,’ he said; ‘they are sure to change.’ And Moreau, what was it that Moreau said? ‘The stubborn beast-flesh grows day by day back again.’ Then I came around to the Hyena-swine. I felt sure that if I did not kill that brute, he would kill me. The Sayer of the Law was dead: worse luck. They knew now that we of the Whips could be killed even as they themselves were killed.[3]

With the help of the Dog-man who sees Prendick as the new Master, he can plot the killing of the most dangerous beast on the island, so to increase his chances of survival among the Beast Folk. But as time passes, the Beast Folk revert faster and faster.

It was about May when I first distinctly perceived a growing difference in their speech and carriage, a growing coarseness of articulation, a growing disinclination to talk. […] Some of them – the pioneers in this, I noticed with some surprise, were all females – began to disregard the injunction of decency, deliberately for the most part. Other even attempted public outrages upon the institution of monogamy. The tradition of the Law was clearly losing its force.[4]

Prendick finally manages to build a raft but does not use it because he would probably die, so he waits until he sees a sail on the sea. The sail gives no sign of life, and slowly drifts to the shore. There were two men on board, both dead. Prendick stocks up in food and everything he might need to survive and flees the island. His return to society however is not the happiest: as he saw the pain the Doctor caused and how he ruined the lives of those beasts and Montgomery’s, he is lost in deep thought. No one would believe his story, so he is forced to keep it for himself.

With my return to mankind came, instead of that confidence and sympathy I had expected, a strange enhancement of the uncertainty and dread I had experienced during my stay upon the island. No one would believe me; I was almost as queer to men as I had been to the Beast People. I may have caught something of the natural wildness of my companions. They say that terror is a disease, and anyhow I can witness that for several years now a restless fear has dwelt in my mind – such a restless fear as a half-tamed lion cub may feel. My trouble took the strangest form. I could not persuade myself that the men and women I met were not also another Beast People […]

Incapable of ‘reverting’ to human society, Prendick spends his days in isolation, studying astronomy. This is the answer Wells provides to the reader: once you witness and you understand that man never evolved, but rather the contrary, that man could actually revert to a primordial state, you’ll never look back at mankind as an evolved species. That was Wells aim when he published the novel, as we read in his early essays.  Mankind, in the Victorian Age, was considered by the scientific community the most evolved species that roamed the planet, but Wells wanted to prove them wrong. Wanted to prove that Mankind never truly evolved, but managed to produce finer arts and crafts through speech and written language, the two ’inventions’ that allowed men to pass on history, morality and tradition, things that are not stored in DNA, but in culture, from one generation to the next. Of course, Wells couldn’t know about DNA and about the fact that mankind actually underwent and is undergoing a process of evolution, but he had an intuition: that in evolution nothing is fixed. This brilliant intuition gave birth to one of the greatest science-fiction novels of all time, The Island of Doctor Moreau.

Un commento su “To educate or to revert – second part” 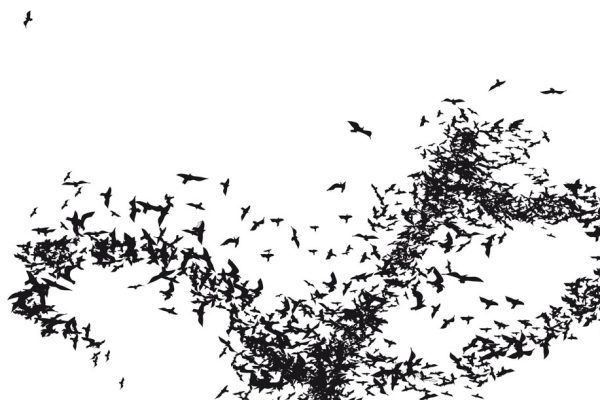 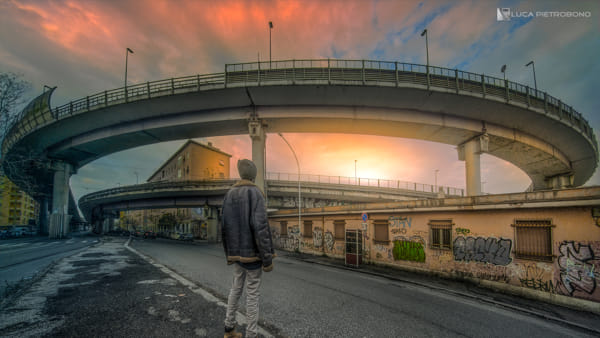 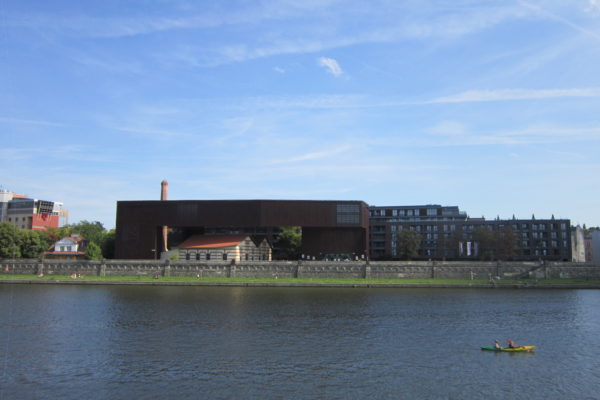 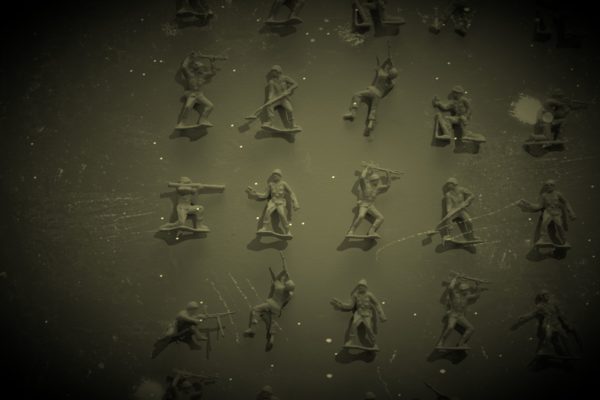